Note: There might be slight delay in delivery due to current situation.

Why Men Don’t Listen & Women Can’t Read Maps: How to spot the differences in the way men & women think 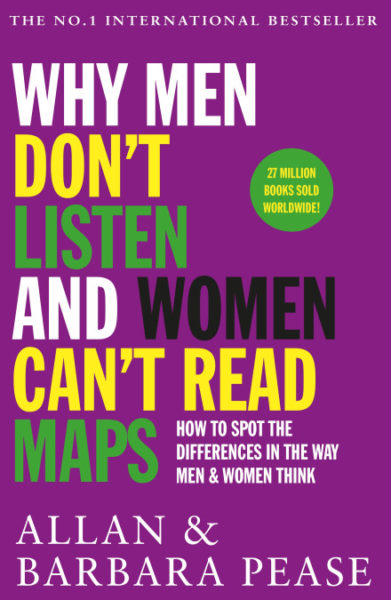 Why Men Don't Listen & Women Can't Read Maps: How to spot the differences in the way men & women think

In this classic international bestselling book, Allan and Barbara Pease highlight the differences in the ways men and women think. Barbara and Allan Pease travelled the world collating the dramatic findings of new research on the brain, investigating evolutionary biology, analysing psychologists research, studying social change and annoying the locals. The result is WHY MEN DON’T LISTEN AND WOMEN CAN’T READ MAPS, the sometimes shocking, always illuminating, frequently hilarious look at where the battle line is drawn between the sexes, why it was drawn and how to cross it. Revealed: Why men really can’t do more than one thing at a time Why women make such a mess of parallel parking Why men should never lie to women Why women talk so much and men so little WHAT MEN AND WOMEN REALLY WANT A must-read for everyone – you will learn as much about yourself and how to improve your relationships, as you will about the opposite sex.