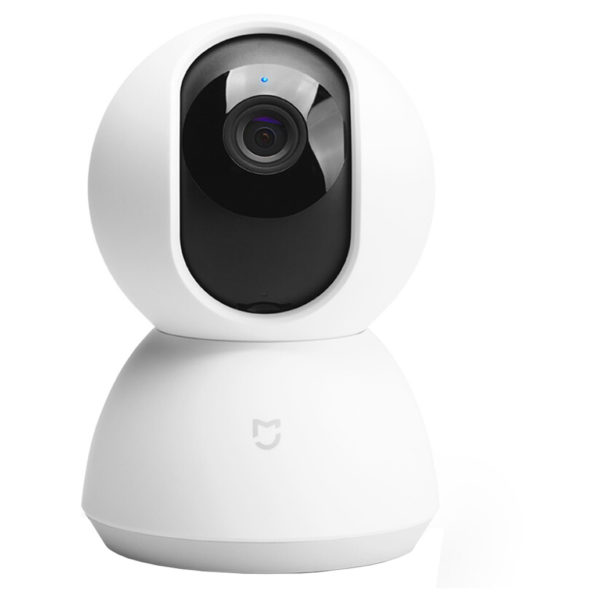 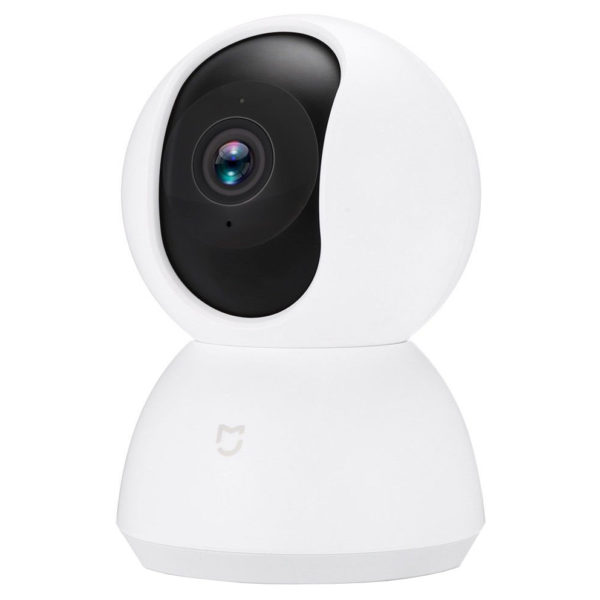 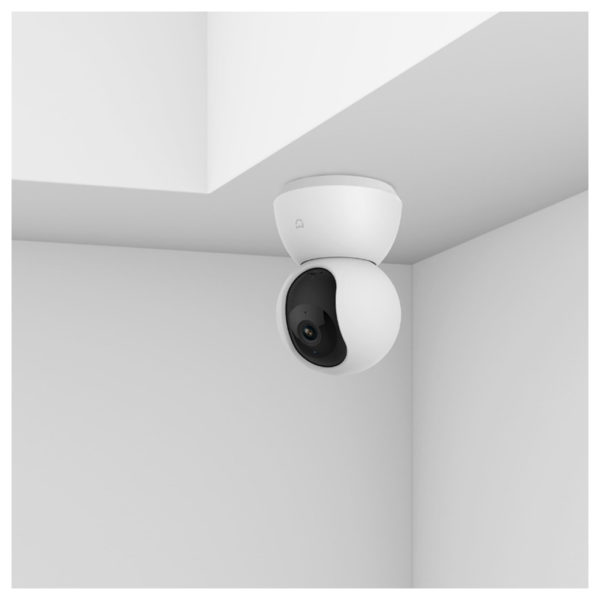 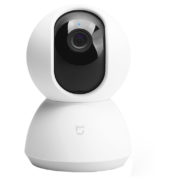 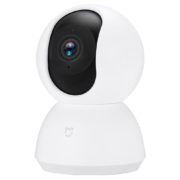 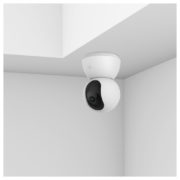 The 360° Mi Home Security Camera 1080P offers twin-axis rotation to cover 360 ° full-frame. Its usage is growing considerably, and besides households, it can also be used in larger premises, shops.
Next-generation security IP camera . A perfect overview of everything that happens in your home or office anywhere directly on your phone. Finally, you can take a carefree vacation without worrying about what’s happening in your apartment or check your pets when you’re not at home.
DESIGN
The rounded modern design combines practicality and functionality. The top is rotating in two axes (horizontally even full 360 °) so you do not miss anything. Mounting is also possible with a “foot lever” with subsequent rotation of the image in the application so that the camera can be placed on the ceiling in the corner of the room.
The camera can provide direct transmission from happenings to your phone, or just a record of it’s interesting, it’s up to you. As soon as the camera detects movement, it sends a notification to your phone and begins recording 10 second shots that it stores on the inserted micro SD card (not included).
Thanks to the night vision , which is enabled by 10 infrared diodes and has a range of up to 9m, you can see the uninvited visitors even in late night hours or in rooms with low lighting, such as warehouses.
The resolution of the sensor is 1920 x 1080 pixels and the angle of view is 110°. The camera can then rotate 360° in the horizontal axis and the vertical motion range is 96°. The power supply is via a classic microUSB cable (can be secured by connecting powerbank in the event of a power failure). Recording takes place on a microSD card up to 64GB (not included), the contents of the card can be automatically backed up to a home NAS server.
Package Contents: Mi Home Security 360° 1080P camera, power adapter, wall mount accessories, manual
Compatibility: The Mi Home control application is compatible with Android phones from version 4.0 and iOS from version 7.0.